Oat straw is an extract produced from the green parts of the common oat plant, commonly known as Avena sativa. Throughout the ages, Avena Sativa has been wildly used in traditional culture and has a reputation of a brain enhancer.

Oat straw increases the brain waves known as alpha-2 waves, which are emitted during active periods of the day when we are awake. This leads to better concentration, attention, focus, and the general state of alertness. Oat straw also nourishes blood vessels by its anti-inflammatory properties and improve the circulation of blood in the body and towards the brain, which will enable enhanced cognitive function.

Avena sativa contains compounds which are soothing the brain and nervous system, hence it is said to boost an overall sense of well-being, relieve stress and anxiety. Oat Straw is especially helpful for those dealing with dopamine decline due to aging. It inhibits monoamine oxidase B (MAO-B) which increases dopamine levels in the brain.

''Works well for me. Lifts the spirits.''
Meek Zwanzig
''I mix this in my smoothie every morning and notice a slight calming effect. It's also supposed to be great for older men in terms of maintaining proper testosterone levels.''
Dale
''I use it for energy. I think it works .''
Gonzalina espino
''I use this for brain fatigue and have found it to be effective.''
Shopandsave

Oat straw increases the testosterone level in the blood which plays a role as a sexual performance enhancer. A number of libido-enhancing formulations use this supplement as a key ingredient. 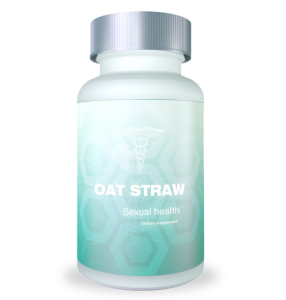