L-tyrosine is derived from dietary sources as well as from synthesis in the liver of another amino acid phenylalanine. It is found in a wide variety of foods, like eggs, fish, oats, and meat.

Research has shown that the body does not produce it in quantities sufficient to cope with increased stress situations. To avoid the depletion of L-tyrosine by the pressure of everyday life, an increased intake will have a profound effect on your mental efficiency.

Aside from being incorporated in the structure of proteins, the body uses a surplus of this amino acid to make chemical messengers, neurotransmitters which are involved in the mental alertness, attention, and focus of an individual.

As a precursor to the body’s stimulation hormones, dopamine, epinephrine (adrenaline) and norepinephrine. As your dopamine levels increase you are better able to concentrate, organize thoughts better and stay productive.

L-tyrosine is responsible for the normal functioning of the body by protecting the nerve cells from toxins which destroys nerve endings. It is a major substrate in the synthesis of melanin, a pigment in your eyes, hair, and skin.

It acts as a cortisol regulator, fortifies the immune system, and also provides nourishment and strength to other organs of the body. It stimulates the body to produce more testosterone which will be beneficial for the muscle gain and increasing strength and stamina.

''Elevates the drive to get things done. Very simple. L-Tyrosine is relatively cheap and it's excellent for action sports, sociability, physical and mental work and it stacks well with caffeine. For me, it also makes everything in my vision field have an ever-so-slight sepia overtone while also increasing auditory, tactile and visual acuity. Makes me pay more attention. Sports are probably the best fit for it. Oh and it gives me an extra confidence boost when singing/rehearsing my punk rock stuff. Oh and it also aid shredding on string instruments in a timely fashion. Super fun for expressive arts.''
james
''This is the only only L-Tyrosine I've ever purchased from any supplier, so I can't really add any comparison to thos review. With that said, my 1st batch of L-Tyrosine purchased right here from Nootropics Depot was and is some fantastic stuff. It has definitely increased my motivation levels long term and even if I skip a day or two without using it my motivation is still pretty much above baseline, which leads me to the following. I have been below baseline for some years.''
Donte Beachem
''Not much else to say. Works as expected and is really cheap, whilst still maintaining the high Nootropics Depot standards.''
R
''Quality of product excellent. Have not been using long enough to accurately determine effects. However, I love the taste and consistency. Very easy supplement to add to pretty much any soup (speaking metaphorically).''
Michael Smith

L-Tyrosine has been shown to possibly affect the stress hormones epinephrine and norepinephrine in a positive manner. These two chemical messengers function as neurotransmitters as well as hormones.

L-Tyrosine has also been shown to offer cognitive benefits in normal conditions but also possibly in stressful situations like cold temperatures, fatigue, and prolonged work hours.

L-tyrosine helps to create melanin, the hormone responsible for the color in our skin and hair. Melanin also has the ability to remove toxins from the brain. More research is currently underway to understand more about this natural nootropic supplement. 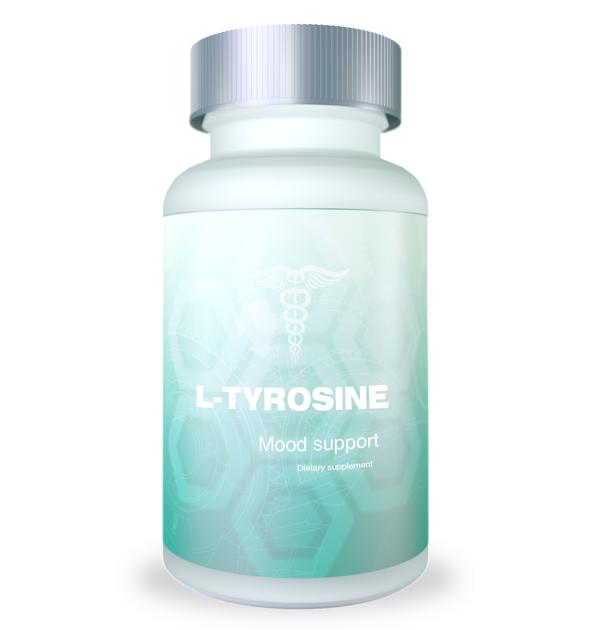