Huperzine A is a naturally occurring compound purified from the plant called Huperzia serrata. It is best known as an inhibitor of an acetylcholinesterase (AChE) enzyme that breaks down the ‘learning neurotransmitter’ acetylcholine.

By preventing the breakdown, huperzine A boosts the levels of available acetylcholine which plays the role in forming new memories, reasoning, concentration, cognition, and neuroplasticity. Huperzine A is thus used as memory and learning enhancer that may also help to protect the brain by reducing free radicals and oxidative stress. As well as to enhance the work of other free radical scavengers.

It also plays a neuroprotective role by protecting brain cells from glutamate toxicity and increases nerve growth factor levels in the brain. Researchers are also investigating huperzine A for protection against chemical warfare nerve agent poisoning.

''Improves my ability to recall information, especially through visualization. I can 'connect the dots' better when studying and easily understand how different concepts relate to another. Fast shipping and good product.''
Mercedes
''Take it every morning. I can feel my mind is sharper and sight more defined. Would recommend. The dose is miniscule so ordering the smallest jar is just fine especially if you're just starting out. There's 50 doses in the small jar.''
Unknown
''I find Hup-A to be very effective in helping to be more interested and engaged in my work. It sharpens focus, though it can wear you out. You should use it carefully at first, especially until you start to understand it better. It's not something you want to take every day, but it can be great in combination occasionally. It's one of many nootropics I have tried over the years, and one of the select few that I always have around.''
Jon
''I can certainly tell the difference when I take this product vs when I don't! Stacking with Alpha GPC 99%.''
Unknown

Another interesting thing about huperzine A, is that via inhibiting the G4 Isoform of Acetylcholineesterase, it causes increased activation of Alpha 7 Nicotinic Acetylcholine receptors. These receptors regulate inflammatory pathways in the brain.

Nootropics Depot offers Huperzine capsules that contain 200 mcg of huperzine A, which according to research is one of the most efficacious dosages huperzine A. 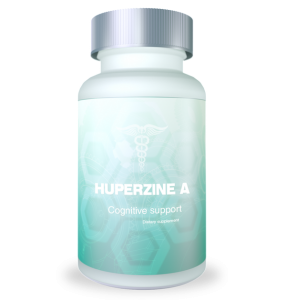